Join us for the second annual Illinois Invasive Species Awareness Month (ISAM) Symposium at the University of Illinois Extension office, in Champaign, IL on Thursday, May 28th from 9:30 am to 4 pm. It will be a great opportunity to learn more about what is happening on the invasive species front throughout Illinois.  The event will feature talks about invasive species ranging from snake fungal disease and white-nose syndrome in bats to aquatic invasive plants.  For more information see the attached announcement.  The event is free and open to the public, but registration is required (see below for details).  Please forward to this anyone that might be interested. 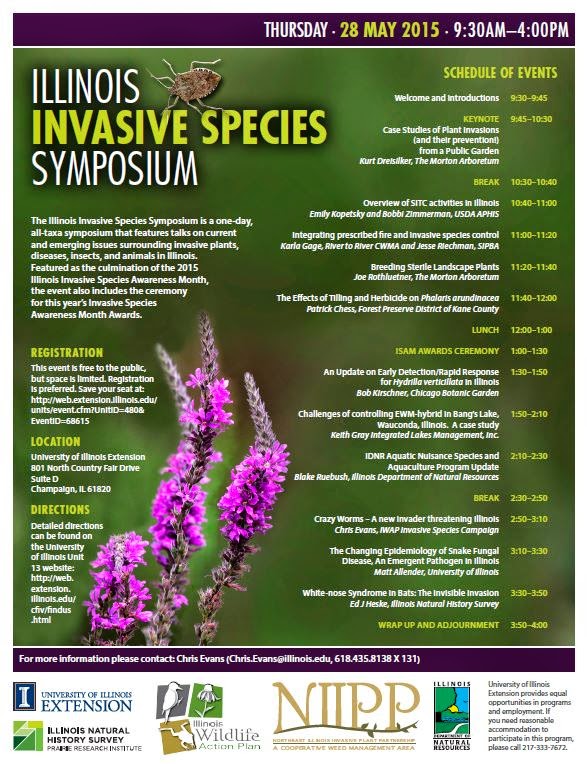 This event is free to the public, but space is limited. Registration is preferred. Save your seat at: http://web.extension.illinois.edu/units/event.cfm?UnitID=480&EventID=68615

Detailed directions can be found on the University of Illinois Unit 13 website: http://web.extension.illinois.edu/cfiv/findus.html

Last fall, an infestation of Japanese stiltgrass (Microstegium vimineum) was found in Johnson County Iowa.  This represents that first time this species has been found in that state and the furthest Northwest it has been found.

Even though stiltgrass is an annual plant that ‘comes on’ primarily in the summer, it can still be identified this time of year by the thatch… 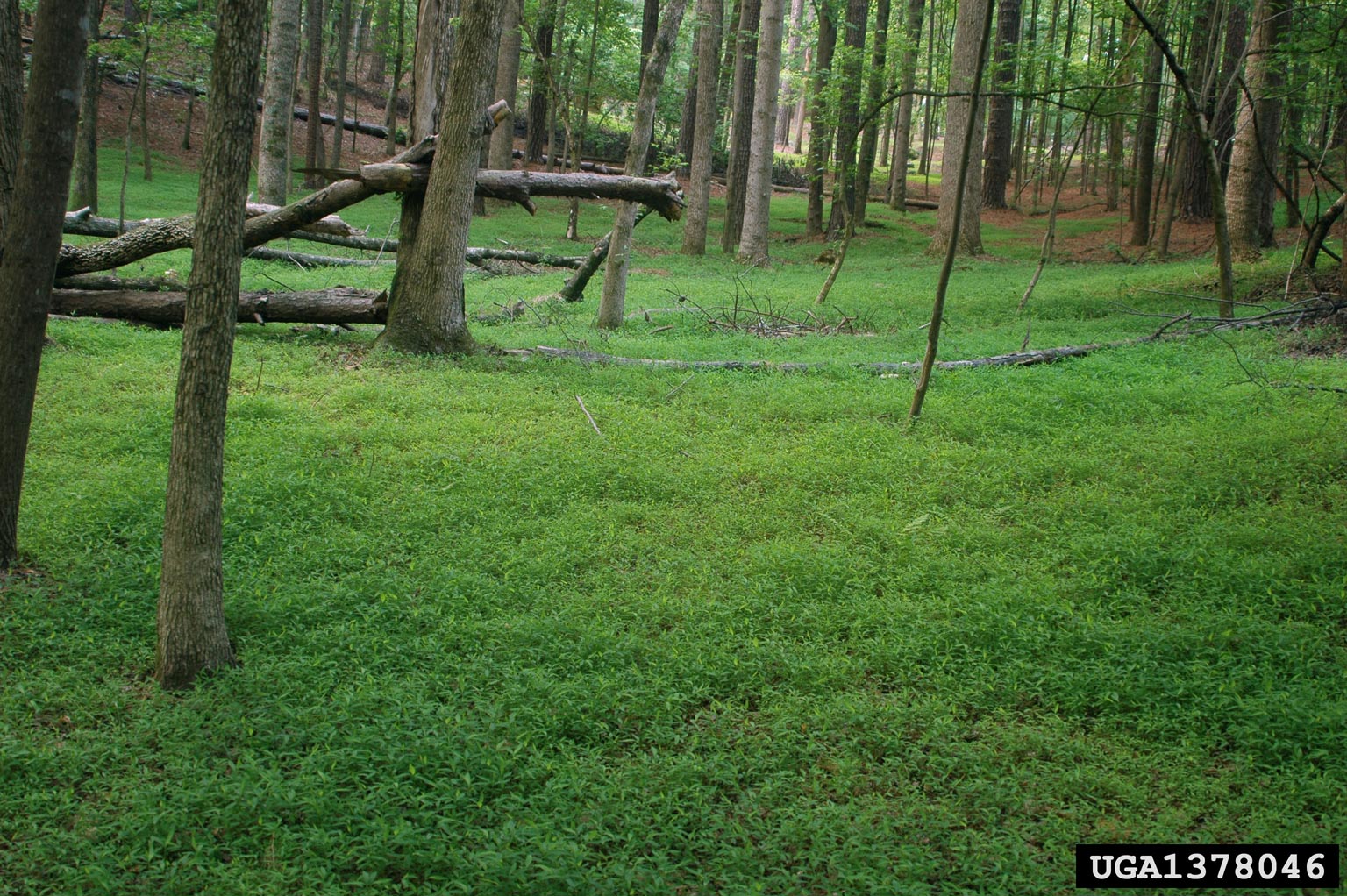 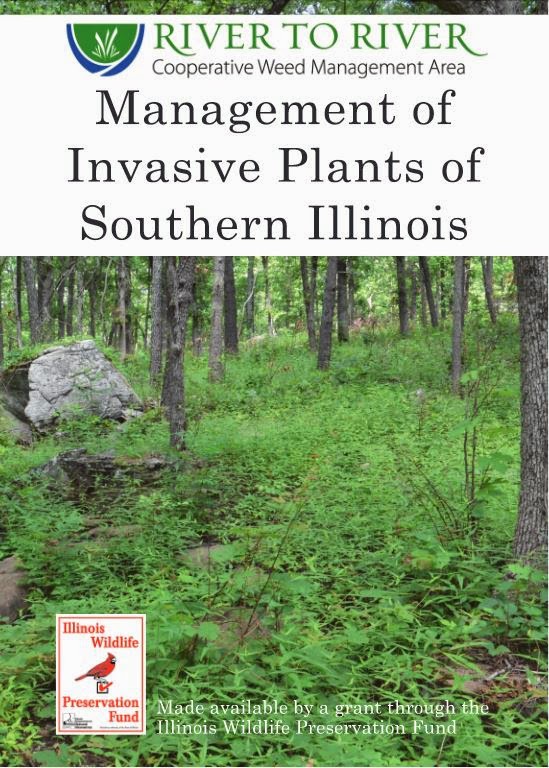 A pdf of the guide can be found at http://www.rtrcwma.org/Management_SILinvasiveplants.pdf

The Asian wasp Trissolcus japonicus has been found in the wild in the United States. The wasp, native to the regions of Asia where the brown marmorated stink bug (BMSB) originates, is known to attack the eggs of BMSB and possibly other stink bugs. The wasp doesn’t sting or otherwise harm humans, but scientists are working to determine how it might affect stink bugs of all kinds. Kim Hoelmer, an entomologist with the USDA Agricultural Research Service, wrote:

“A survey of resident egg parasitoids of the brown marmorated stink bug, Halyomorpha halys, conducted during the summer of 2014 by Don Weber (ARS-Beltsville Area Research Center, or BARC) using sentinel stink bug egg masses revealed that an Asian egg parasitoid of BMSB, Trissolcus japonicus, was present in the wild at one of his study sites at BARC in Beltsville, Maryland. The specimens were identified by Dr. Elijah Talamas (ARS, Systematic Entomology Laboratory, or SEL), a specialist on this group of parasitoids. We have complete confidence in his identifications. The identification was confirmed by Dr. Matt Buffington (also ARS-SEL) using genomic DNA. The ‘barcode’ regions COI and ITS2 of the BARC specimens were consistent with those of Asian populations of T. japonicus obtained from ARS and CABI-Bioscience field collections in Asia and analyzed by Dr. M.C. Bon at the ARS European Biological Control Laboratory…(more)

For some animals, there’s no such thing as a dog-eat-dog world. They rule.
Animals from around the world that stow away in airplanes, ships and the luggage of some smuggler become almost bulletproof when they make their way into the American wilderness as invasive species. Why? They’re new here, and they don’t have predators to keep them in check. Animals that should be afraid of a vicious predator aren’t. Invasive species eat like kings.

Living high on the hog, these marauders aren’t going anywhere. Unlike many native animals that are disappearing from North America — vaquita porpoises, monarch butterflies, bottlenose dolphin and such — invasive species are growing faster than wildlife and game officials can manage them. In many cases, authorities have given up any hope of eradicating them.
Here are 12 of the most destructive invasive plants and animals in the United States, a dirty dozen. If it’s on this list, there’s a good chance that a government official in an office somewhere is trying to think of ways to kill it. These long, lean eating machines are terrorizing the Florida Everglades. Humans don’t have much to fear, but native animals had better watch their backs. Alligators are being knocked off their perch as the swamp’s top predator. People ask why these snakes are such a problem. Why can’t experienced hunters walk into the Everglades and kill them? Burmese pythons from Southeast Asia are so stealthy that even experts with the Florida Fish and Wildlife Conservation Commission have a tough time spotting them, let alone killing them. Since they were determined to be established and put the squeeze on the swamp in 2002, deer, raccoon, marsh rabbits, bobcats and possum have declined by as much as 99 percent in some cases, according to researchers for the U.S. Geological Survey.

This bug’s march across the Midwest is not the kind of green movement that conserves nature. It ruins ash trees that provide durable wood used for flooring, bowling alleys, church pews, baseball bats and electric guitars. The bugs sparkle like a jewel with their glittery hide, but the nickel-sized holes they bore into trees are ugly, and the squiggly trails their larvae etch on the bark can make your skin crawl. They arrived in southeastern Michigan in 2002 from their native habitats in Russia, China and Japan. Since then, tens of millions of ash trees have been killed, and their numbers continue to grow. 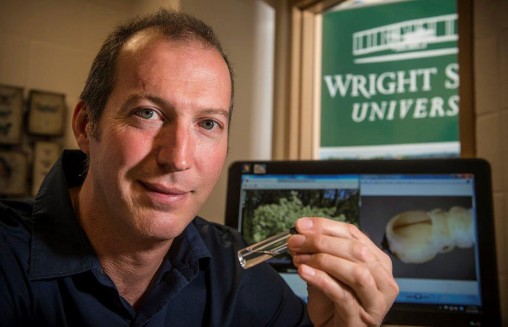 Did you miss the EAB University Webinar on the Emerald Ash Borer and the White Fringe Tree?

Disease That Has Killed Millions of Bats in North America Confirmed For First Time in Union, Saline, Johnson and Jackson Counties

SPRINGFIELD, IL – White-nose syndrome, a fungal disease that has killed millions of bats in North America, has been found in four new Illinois counties.  Tests conducted by the U.S. Geological Survey’s National Wildlife Health Center in Madison, Wisconsin found five bats submitted from Union, Saline, Johnson, and Jackson Counties were positive for the disease.  These are the first confirmed records in these counties.  The disease was first discovered in Illinois in 2013 in Hardin, LaSalle, Monroe and Pope Counties.

White-nose syndrome (WNS) is not known to affect people, pets, or livestock, but is harmful or lethal to hibernating bats, killing 90 percent or more of some species of bats in caves where the fungus has persisted for a year or longer, according to the U.S. Fish and Wildlife Service.

WNS is known to be transmitted primarily from bat to bat, but spores of Pseudogymnoascus destructans, the non-native fungus that causes white-nose syndrome, may be unintentionally carried between caves and abandoned mines by people on their clothing, footwear, and caving gear. The name of the disease refers to the white fungal growth often found on the noses of infected bats.  To protect hibernating bats, including threatened and endangered species, all Illinois Department of Natural Resources-owned or managed caves have been closed to the public since 2010. In addition, all caves within the Shawnee National Forest, managed by the U.S. Forest Service, have been formally closed since 2009…(more)

Purdue University Entomologist Cliff Sadof will give an overview of tools to help in the management and control of emerald ash borer.

This session is meant to help communities at every stage of the EAB invasion. Topics covered include:

In the process, Dr. Sadof will make references to previous EAB University presentations where each of these topics have been discussed.

To join the meeting:
https://connect.msu.edu/toolkit_2015/

—————-
If you have never attended an Adobe Connect meeting before:

Get a quick overview: http://www.adobe.com/go/connectpro_overview

EAB University will be hosting a webinar this Thursday morning:

“Emerald Ash Borer on the ‘Fringes’ of Its Host Range”

Don Cipollini from the Dept. of Biological Sciences at Wright State University in Dayton, OH, will present his research on EAB infestations of the white fringe tree.

To join the meeting, go to:
https://connect.msu.edu/white_fringe/

National Invasive Species Awareness Week begins TODAY!  The Center of Invasive Species and Ecosystem Health at the University of Georgia is hosting daily webinars on the latest in invasive species management, education, and policy issues.

The webinars are as follows:

Each webinar will begin at 3 p.m. EST and end approximately 4 p.m. EST.

Registration free and is available at http://www.nisaw.org/2015webinar.html.